The right side dishes complete a meal. Check out this guide to learn about the best BBQ side dishes.

Have you ever wondered how much of your time was spent in front of a barbecue grill? Between Independence Day, simple family gatherings, and various other events, for some of us the answer is a lot.

There’s nothing wrong with enjoying a bit of barbecue every now and then. Just ask the Taino tribe of the Caribbean. The word barbecue comes from their word ‘barbacoa’, which referred to cooking using an elevated wooden platform that resembled a grate.

The Caribbean gave us more than the word for barbecue. The style of cooking traces its origins back to the region, and has existed there for at least 500 years.

Despite this long history, there are still some issues that we have when it comes to barbecuing. One of the biggest is deciding what to have with our barbecued meats.

What are the best BBQ side dishes? We’ll talk more about that in the paragraphs below.

Macaroni and Cheese is an old classic, and one people have been putting twists on practically since its invention. For instance, some prefer to give their macaroni a bit of a spicy kick, which has resulted in buffalo mac ‘n’ cheese.

READ NEXT
How to Grill Pineapple: Your Complete Guide

Others add bacon bits to give the dish more crunch and to switch up the flavor. In fact, you could even chop up bits of barbecued chicken or other meat and put it into the macaroni as well. After all, the macaroni already works as a side.

Whether you’re cooking chicken or smoked ribs, corn makes for a great side dish. Much like macaroni and cheese, it’s on our list of barbecue side dishes because it seems to go with every type of barbecue.

Part of the reason for this is that it’s simpler. Much like barbecue, corn can be grilled and still taste fantastic.

Corn is also a rather versatile dish, so whether you’re in the mood for grilled corn on the cob, or corn mixed into some sort of salad or casserole, or even Mexican street corn, there are plenty of recipes out there.

Is there anything better on a hot summer day than to bite into a sweet, refreshing watermelon? Of course not, and this fruit’s presence among a whole list of barbecue side dish recipes proves it.

Watermelons have a lot going for them. Much like revenge, watermelon is best served cold, and that can definitely hit the spot on a summer day. This is especially true in the South, where temperatures tend to be higher on average.

There are many different ways to go with watermelon. Some can best be described as purists. It’s hard to improve on watermelon, and in their opinion it’s best not to try.

Others believe that watermelon can be a great part of a more complex recipe, and they’ve come up with some really great ideas. Many choose to pair it with other kinds of melons, which keeps things very sweet while also switching up the flavor.

Others put it into a dessert dish known as fruit pizza, which is delicious, and also vegetarian. Unfortunately, if you happen to be a vegan, this dish is not for you, because the ‘pizza’ uses cream cheese as a sauce.

We ended the last entry with some bad news for vegans, so we’ll start this one with some good news. Believe it or not, salad is actually a very popular side dish for barbecue.

Who first decided that two things as seemingly different as barbecued meat and salad went together is a mystery that may never be solved, but the idea seems to have caught on.

Part of the reason may be because salad is also often cold, which is a great contrast to the heat of the sun and the barbecue itself. It’s also a great way to use up any watermelon or corn that you wanted to make but aren’t sure what to do with.

Much like corn, salad’s also easy to make. All you need is some lettuce and whatever other vegetables you may want. You chop it all up, mix it together, and put it in a bowl.

You could also go with fruit salad. It’s good for you, just as cold, and a lot sweeter.

Pickles have been a long-time staple of classic American foods, such as burgers and hot dogs, a fact for which you can thank the Dutch. Columbus first first brought Pickles to the Americas, but the first pickling of cucumbers in what is now the United States was done by Dutch farmers in 17th century New York.

Today, the humble pickle can be a great choice for barbecues. As with most things on this list, the options are virtually limitless.

You could cut up and fry your pickles for a comfort-style treat, or just serve raw pickle spears. Both are incredible when done right.

Much like pickles, coleslaw came to us from the Dutch. Our word coleslaw is a mispronunciation of koolsla, which means ‘cabbage salad.’

Coleslaw is a simple mixture of cabbage and either vinaigrette or mayonnaise, and it works great as a barbecue side dish. Something about the sweet and sour flavor and crunch goes great with smoked meat.

One thing that’s probably clear by now is that humans as a whole are not known for routine. We like to make things our own in whatever way we can, so it should come as no surprise that there are several different variations on coleslaw that you might want to try out.

For those who appreciate spice, there’s even a version that uses jalapeno peppers.

The next barbecue classic on our list is potatoes. Potatoes can be served and eaten in many forms, and almost all of them are simple recipes. There are fried, wedges, chips, and even baked potatoes.

You can even mash them and serve them with gravy, though the gravy is going to take some extra time to make. Potatoes pair so well with meat, in fact, that ‘meat and potatoes’ has become a term for the normal traditions that make up our everyday lives.

At your next barbecue, why not go with some good old meat and potatoes?

Pasta salad is yet another versatile recipe. It’s made with pasta, dressing, and whatever extra ingredients you want to put in. It can even be vegetarian if you want.

If you’re not one for the vegetarian lifestyle–this is a barbecue, after all–there are also some great recipes with various kinds of meat in them.

Pasta salad is a great idea for barbecues or even for picnics. It’s a classic outdoor food that is without equal.

Admittedly, dip is more of a sauce or a dressing than it is a dish, but add in some chips or crackers, and it can liven up a party. Dip can be something as simple as melted cheese or ranch sauce, or it could be a full-blown salsa.

The truth is that dip can be as diverse as the things you choose to put into it. Dip even translates well into dessert. You can melt chocolate or dip apples in hot caramel.

READ NEXT
How to Make BBQ Chicken Wings at Home

As long as there are liquids to enhance food there will also be dip.

Green beans are the final entry on our list. They taste delicious and there’s so many ways to make them. One particular favorite is green bean casserole, a dish made with green beans, cream of mushroom soup, and onions.

Green bean casserole was first invented by the Campbell’s Soup Company in an effort to sell cream of mushroom soup. Ever since, it has been a favorite at Thanksgiving, Independence Day, and barbecues alike.

For those who aren’t fond of green bean casserole, there’s also regular green beans. They’re a tasty vegetable in their own right, and they deserve all the attention they’ve gotten over the years.

The Best BBQ Side Dishes for Any Occasion

There are a whole host of great BBQ side dishes out there. We’ve mentioned only a few in the paragraphs above, but there are a lot more out there. Many didn’t make our list, either because we didn’t have the space or because there too many versions of one idea to go into detail on them all.

We encourage you to do more research on your own, if you’re interested in learning more.

If you want more information and advice on barbecuing, please visit our site. For example, we can tell you about some great barbecue festivals across the country. 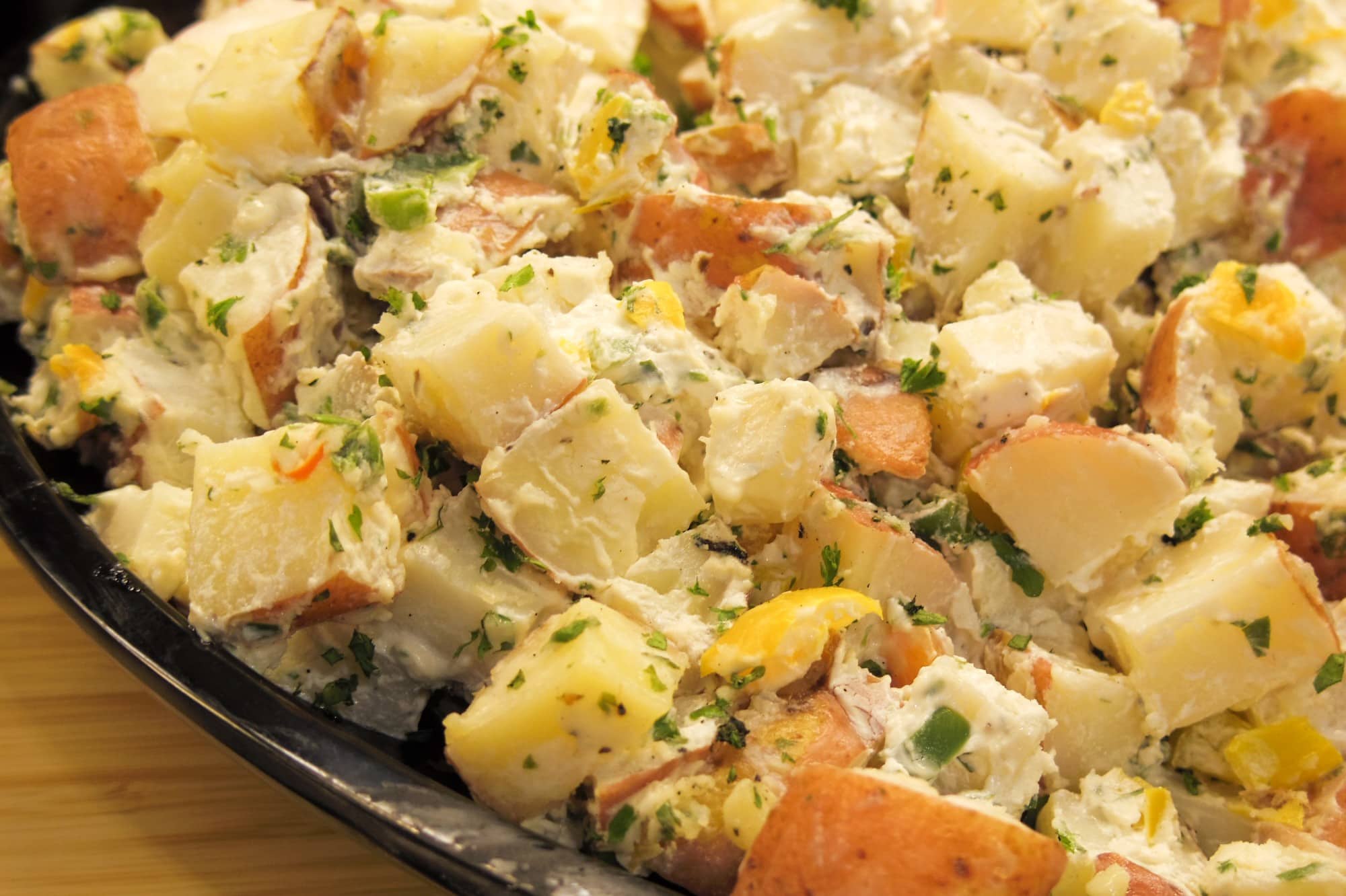