Do you want a couple of grilled ribeye steaks that far surpass boring flavor? Nothing is better than impressing your buddies with unmatched grilling skills! That’s where a rubbed ribeye steak comes into play.

Then, just when your buddies have begun to deal with the fact that you’re an awesome backyard chef, break out your homemade Garlic Compound Butter to seal the deal.

It’s a grilling version of a boxing one-two punch combination. The ribeye is tender and packed with flavor already. The steak rub recipe below is the first punch and the smoky compound butter is the quick follow-up jab for the culinary knockout.

This recipe rubbed ribeye steak recipe is based on one I’ve used variations of in my Texas Hometown Cookbook and my Great American Grilling cookbook. Here’s how to get things started.

Before we get to the recipe it’s worth learning a bit about why a Ribeye steak is a great choice for grilling. First, it’s a cut from the rib section and is not overly worked meaning it’s already tender. Secondly, ribeye steaks have a nice amount of marbleizing which makes them perfect for grilling.

Speaking of ribeye steaks… they are also known as Delmonico steaks, scotch fillet steaks, beauty steaks, meat market steaks, Spencer steaks, and Entrecôte steaks if you’re in France. But, the best alternate name may be the Cowboy steak. Cowboy ribeye steaks include the actual bone which is pretty wide which results in a steak that’s about 2 1/2 inches thick.

Compound butter is a fancy name for any butter that has other ingredients added to it for additional flavor. We can most likely thank the French for the invention of compound butter as they came up with the classics which include garlic butter and more.

The basic idea is simple, whip some butter until it’s soft, add some additional ingredients, reform it in some wax paper and chilled until needed. Perfect for use on a steak which is why one of the nicknames for compound butter is “steakhouse” butter. Now for the recipe for the rubbed ribeye and compound steakhouse butter.

A stick of butter equals 1/2 cup which equals eight tablespoon servings. The good news is that even if you only need a few servings of your steakhouse butter it will last several weeks if kept covered and chilled.

Allow the butter to warm to room temperature, mash with a fork while working in the remaining ingredients, place on some wax paper, roll and chill to reset.

For your Rubbed Ribeye Steaks

This is enough rub to season four ribeye steaks. Double if needed for additional steaks.

Combine all of the ingredients in a bowl and gently season both sides of your ribeye steaks. Cover and chill for at least thirty minutes before grilling.

Prepare your grill, charcoal or gas, by preheating and brushing grates. Some people like to lightly brush the grill grates with oil or use non-stick spray. If so, do before lighting your grill especially if using non-stick spray.

Grill over medium-high heat turning as few times as possible to the desired doneness. Time will depend on the thickness of steak but with a digital thermometer you can instantly tell doneness. A medium steak will have an internal temperature of 135-145°F with rare being 125-130°F. In case you’re wondering, the USDA recommends an internal temperature of 145°F for grilled steaks.

Remove from the grill, allow to rest with a serving of steakhouse butter on top! Serve hot with your favorite steakhouse sides. In my case, I go with the classics such as seasoned potatoes, salad, and freshly baked yeast rolls! Hope you enjoy the steak. 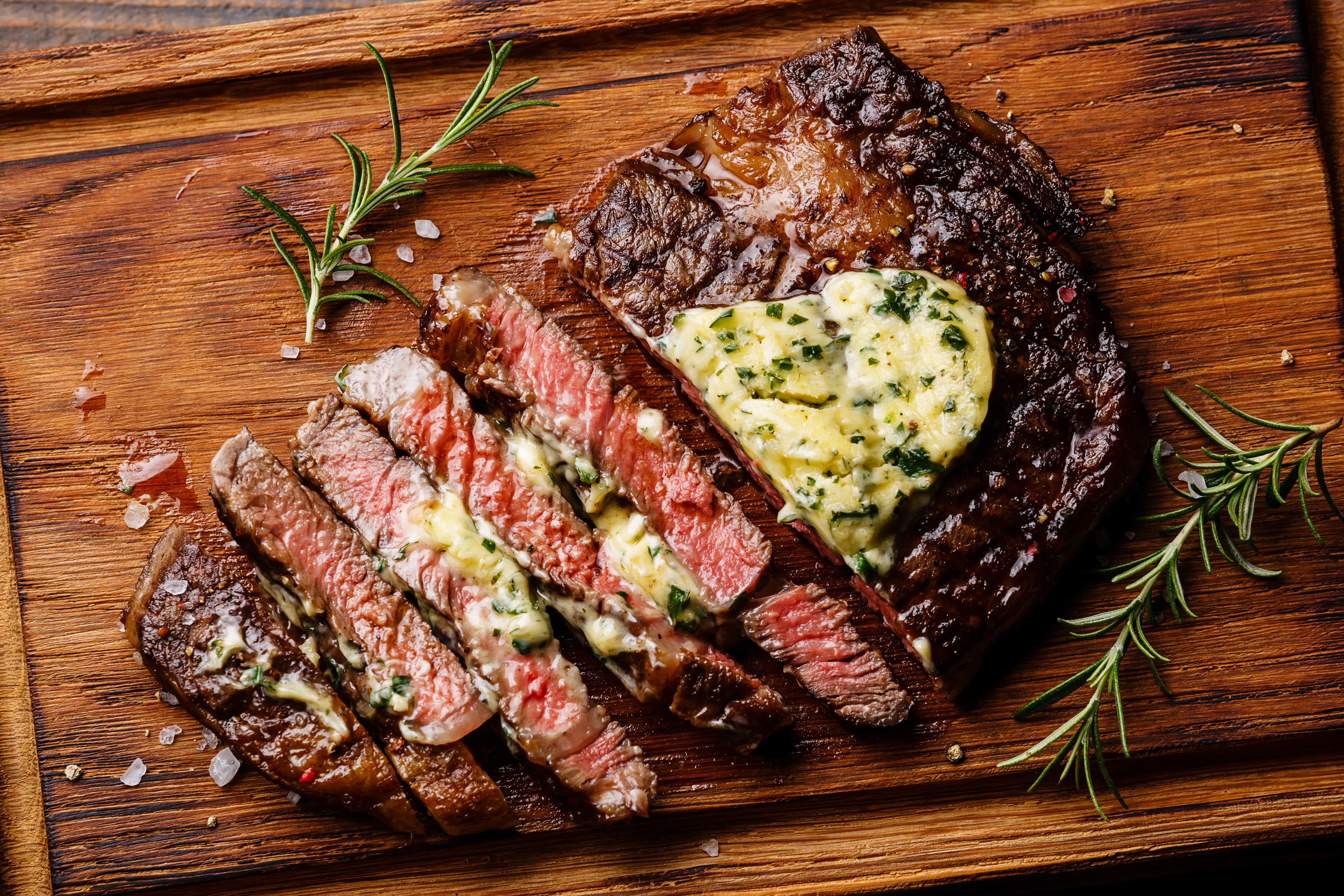 9 Masterchef Tips to Use When BBQ Smoking Ribs