Ready to make a delicious BBQ mop sauce? Here are 7 of the best recipes to try.

With such a huge number like that, you might be wondering why barbequing or grilling is such a popular event, right?

Well, first grilling or barbequing creates a meal unmatched from any other type of cooking. The grilled taste and smell will perk up even the picky meat eaters. On such occasions, a good mop sauce can be your secret weapon to turn up your barbeque party.

Today, you can use barbeque sauces on basically all kinds of meat not excluding pizzas, burgers, and sandwiches. Therefore, if you’re looking to make something tantalizing in the few days to come, read our guide to find out how!

What Is a BBQ Mop Sauce?

Mop sauces are thin liquids often containing apple cider, beer, vinegar, tomatoes juice, or a combination of these ingredients. They’re usually brushed or mopped on the meat several times during barbequing for the reason that this not only enhances the flavor. However it also prevents the tough cuts of meat from drying out.

To use it, apply the sauce in several thin layers every 20 minutes or so when the meat is over the bbq grill or smoke. This repetitive process ensures that the meat locks in moisture as it builds layers of flavor.

READ NEXT
The Best Vegetarian BBQ Food Ideas And Recipes

You can use a silicone brush or a baster to apply the liquid. It is however recommended that you use a barbecue mop instead. For the simple reason that this prevents from brushing away the rub.

Also, remember to close the grill’s cover whenever you mop the meat. And if you’re using wood chips, first let the meat sit in the smoke for 45 minutes before you start mopping to add a smoky taste.

Here are some of the 7 best BBQ sauces:

The East Carolina mop sauce, to be exact, is basically a combination of hot sauce and vinegar. This spicy sauce with a vinegary twang is all you need on a properly smoked shoulder or whole hog. You can mop it on the meat while it cooks to cool and flavor it.

And if you don’t mind the severity of the vinegar, you can have it as a finishing sauce too. Here are some of the ingredients you need to whip up a batch.

This flavorful BBQ mop sauce recipe combines beer with lots of other ingredients to give your brisket flavor and moisture during the smoking process. Before preparing your brisket however, you should consider a few factors.

For instance, when choosing a beer, remember that lighter beers give a milder flavor while the dark ones will give a more distinct taste.

Also, it’s recommended that you make this mop ahead of time so that the flavorings get a chance to blend together.

If you’re up to it, you can make your pulled pork from scratch different Malcolm Reed’s pulled pork recipes. People prefer injecting to help get moisture and flavor inside the meat where rubbing alone can’t work.

But if you’re not up for the whole shebang, the mop sauce is incredibly simple and fast to make.

How to use it

The Texas hillbilly is a mopping sauce which works well on beef, but can also pretty much get used on brisket, pork, and goat. Thin as the sauce is, it adds richness and depth to the meat. One of its key ingredients, fresh lemons, gives the meat a nice tang while also helping to tenderize it.

Other ingedients such as hot sauce add flavor, while chili powder and paprika add smokiness and color to the beef.

If you want to make it ahead of time, just let the mixture cool. Place it in an airtight container, and then store it in the refrigerator. The mixture is ready to be used after three days. On the day of cooking, warm it and follow through as directed.

This BBQ mop sauce is what you need to use on beef briskets. The sweet yet peppery sauce will keep the meat well moistened and encourage the formation of a rustic sweet bark on the surface of the meat. To benefit from this sauce, make sure to apply it at regular intervals, especially as you begin to cook.

If you’ve been experiencing dried out ribs in the past, using this mop can help keep those ribs tender and moisture during the smoking process. The mixture of the herbs and spices will keep your meat flavored, but make sure to apply the mop gently to avoid washing off the rub.

Tip: Refrain from washing down the meat with the mop, but instead lightly apply it to keep it moist and to layer on the flavor.

In some areas of North Carolina, people refer to call this BBQ sauce as a dip. It’s very similar to the Carolina sauce, but with the addition of ketchup/tomatoes and sugar in the ingredients. The dip is thin, with a tart taste.

READ NEXT
How to Grill Fish: Your Complete Guide

You can brush it over your meat while it cooks or drizzles it over the meat before eating. People describe it to have a sweet-sour taste from the balance of the tomatoes and the vinegar.

Now that you’re aware of the tricks to making great briskets and pulled pork, you should give one of the recipes a try.

Mop sauces are definitely worth the small amount of time you put in. They’re simple and fast to make. Regardless of this, don’t over-rely on using a certain mop sauce every single time.

Try different recipes and if possible also alternate with basting or injecting liquid to your meat during your barbeque sessions. Other than that, stay informed by checking out our BBQ recipes to help you barbeque like a pro. 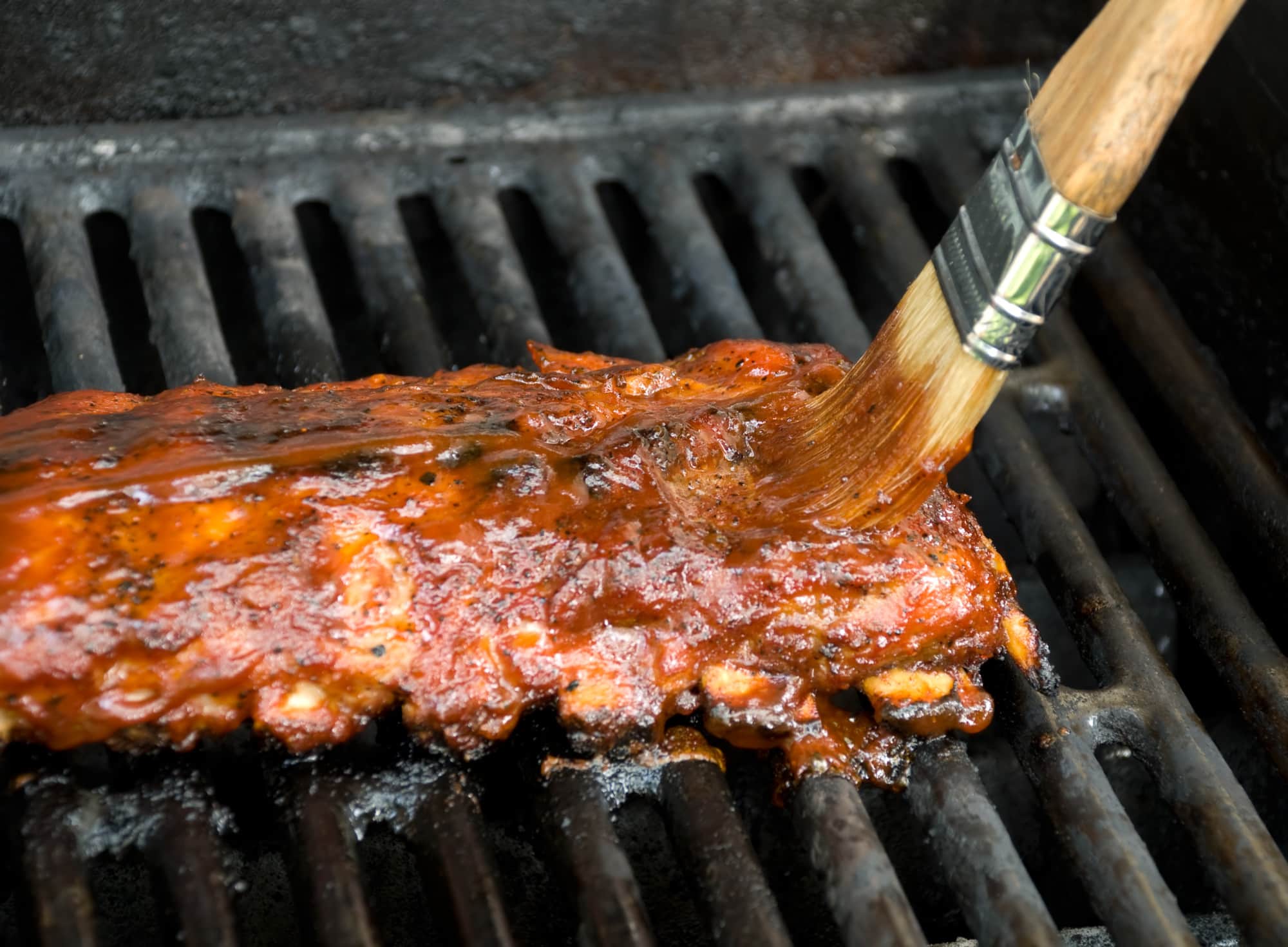 How to Grill Pineapple: Your Complete Guide