When I was working on my Texas Hometown Cookbook, I realized several things. One of them was how much the flavors from traditional Texas cooking and dishes from South of the border have in common. Why, because regional flavors are still regional even if there’s a border in place! Secondly, people seem to love Tex-Mex style dishes which is evident by the number of restaurants and recipes based on that type of cuisine.

Sounds like a perfect seasoning style to apply to a hamburger! But when you think about it… what does Tex-Mex even mean? Simply put, Tex-Mex cooking is a term used for recipes that combine Mexican, American, Texas, or even Southwestern flavors. Hey, it could be as simple as a parent telling their stubborn kids, if they didn’t like Mexican recipes, that it was actually a “Tex-Mex” dish – problem solved!

There’s not a whole lot of difference between the spices used in traditional Mexican style dishes and those used when cooking a Tex-Mex dish. In fact…. There’s NO difference! The truth is that retailers and restaurant menu planners often apply the term “Tex-Mex” to foods from traditional South of the border recipes.

Why serve beef stew and cornbread when you can serve “Tex-Mex” Grilled Steak Stew with Jalapeno Cornbread? Or would you prefer some chips and dip… or a serving of “Tex-Mex” Seasoned Hand-cut Potato Chips with Spicy Chilli flavored Dipping Sauce?

Now you can apply that word gaming to making some fantastic grilled hamburgers that are worthy of the somewhat ambiguous term of Tex-Mex cuisine! All you need, for the basic recipe, are two ingredients!

Does this Count as a Secret Ingredient?

People love recipes with secret ingredients! In fact, I use a version of that term quite often in my cookbooks. If you’ve read any of my books, articles, posts, or guest blogs then you may have picked up on my love of “cheats” when it comes to saving time and money. Don’t get me wrong, I love traditional cooking which includes building flavors on flavors, working to pair food items, selecting only the finest hand-ground spices and freshest ingredients the local merchants have to sell.

READ NEXT
A Quick Look At The Best Easy BBQ Ideas

Then, there’s real life when suddenly you have some friends coming over, or your kids invited some playmates for dinner, and you have only a few things in the pantry to pull together for a meal. So, in this case… a store bought package of taco-season does fulfill the requirements of being a secret ingredient.

The two ingredients for this base recipe are ground beef (80/20) and a packet of taco seasoning, or fajita… or chili… you get the idea.

Remember, this is all about quick and easy with lots of flavor but don’t go crazy. One packet of seasoning may be overwhelming if you’re only making four hamburgers. If you’re making 10-12, then go for the gusto. If not, use about half a packet and save the remaining the next time you want Tex-Mex flavor in another dish.

Here’s all you have to do to get the base recipe started. Combine the ground beef and the taco seasoning in a large bowl and then hand mix. Form into equal sized patties and chill until your grill is ready. Now, if you want to make this recipe your own… consider adding minced onion, or green bell pepper. Heck, if you like things on the spicy side then toss in some minced jalapeno peppers. Now, grill over medium-high heat, turning as needed. Top with slices of white American Cheese to simulate white cheese dip served up at Mexican restaurants.

Here are a few ideas for some toppings that are a bit different than the normal, as well as a few of the traditional toppings. 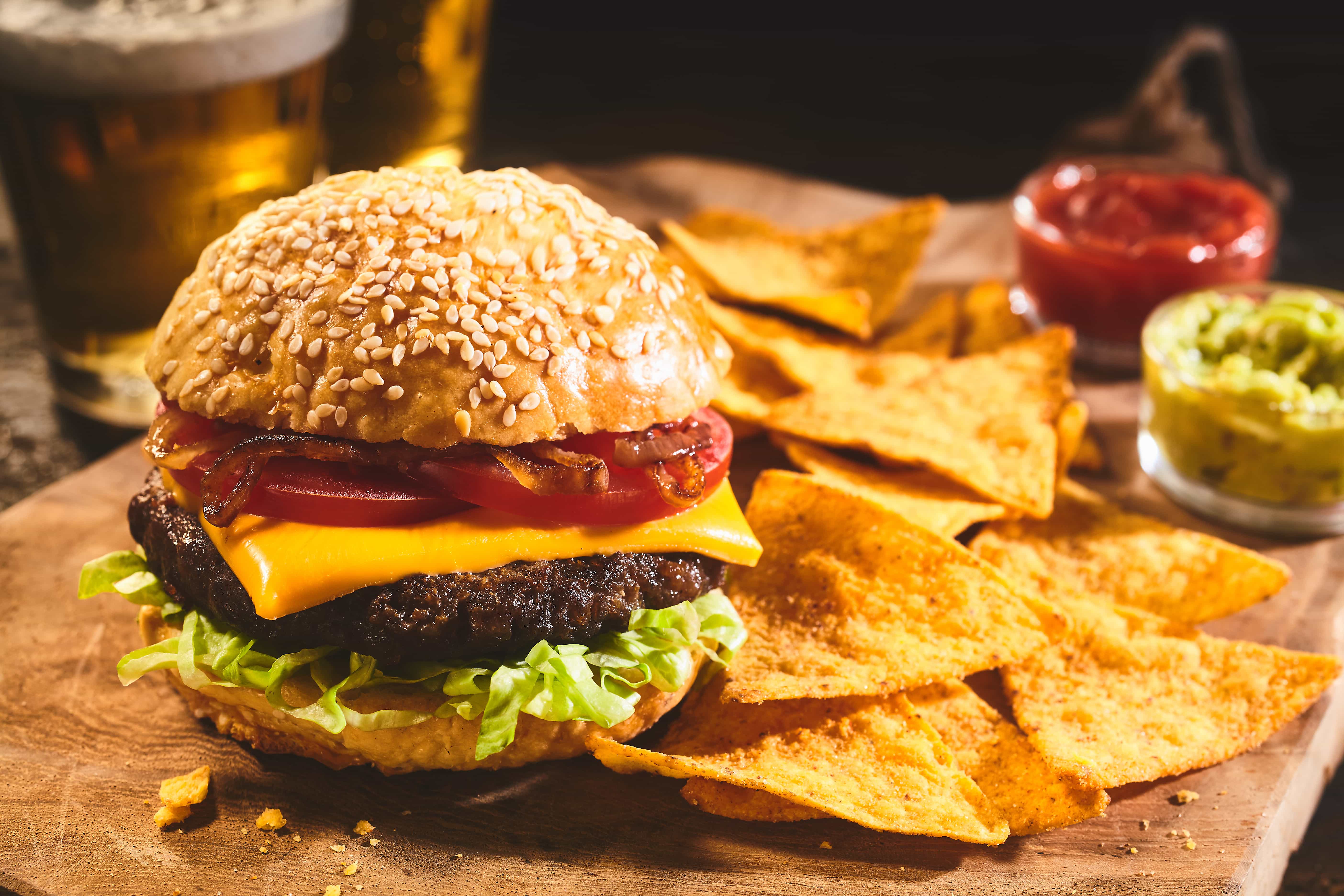