It goes without saying that one of the most popular meats to toss on a grill is chicken. You can grill chicken breasts, thighs, whole leg quarters, and even whole chickens! And, you can grill the favorite among sports fans and tailgaters – BBQ chicken wings! Know commonly called “flats” and “drums” to serious Buffalo Wing experts.

But why stick to the standard “hot” wing? Let’s broaden our culinary scope when it comes to hot wings and add in something new… like rum! This recipe was inspired while doing research on my Little Gulf Coast Seafood Cookbook. It originally started out as a shrimp dish but I decided it worked best with chicken. Plus, the Super Bowl was coming on and I wanted wings for the big game, not shrimp. Here’s how you can combine rum and barbecue sauce for some amazing flats and drums.

That’s a Bunch of Chicken!

There are several reasons why chicken is so popular when it comes to grilling.  First, chicken is often cheaper than other meats from your grocery store. Plus, chicken is easy to cook, it’s very versatile when it comes to how many different ways you can season and cook it, and let’s face it – chicken wings are pretty awesome for tailgate grilling!

So, how popular is chicken when it comes to flats and drums? Here are some chicken wing facts from the National Chicken Council that you can be the judge of.

There actually is a connection between pirates and rum beyond what we see in the “Pirates of the Carribean” movie franchise. Rum joined hands with the Royal Navy in 1655 after the British captured the island of Jamaica. The British Navy changed the daily ration of liquor given to seamen from French brandy to rum. That tradition carried on until 1970.

Pirates and British privateers used rum as a form of currency – often as a means for buying slaves. And, they liked drinking it! Apparently, an admiral in the British Navy noticed sailors enjoyed drinking it as well. Rum rations were originally issued “neat” or lightly mixed with a splash of lime. Then, in 1740, Admiral Edward Vernon started watering the rum down which sailors nicknamed “grog” after the Grogram cloak Admiral Vernon wore when it rained.

This is a tailgate and crowd-pleasing favorite. The use of a big foil pan works wonders! The secret is how you use both the foil pan and the grill grate during the grilling process. Here’s what you’ll need to make a tasty batch of Tropical Rum Barbecue Chicken wings for your next backyard grilling party.

READ NEXT
The 10 Best BBQ Side Dishes For Grilling

Combine the sauce ingredients in a bowl then pour into a heavy-duty deep sided aluminum pan and place on the upper rack of a preheated covered grill – medium heat. You can use charcoal, gas, or a pellet grill. Close the lid and allow the sauce to warm for about ten minutes. Next, place the chicken on the grill and cook for several minutes, turn and rotate. Here’s the trick; move chicken back and forth between the grill and the sauce. Grill a little bit, dunk in sauce and soak a little bit, grill, dunk, grill, dunk… you get the idea. Finish up with all of the chicken flats and drums fully cooked and covered in a tasty coating of sticky rum flavored barbecue sauce! Serve hot, maybe with a serving of iced pineapple grog on the side! 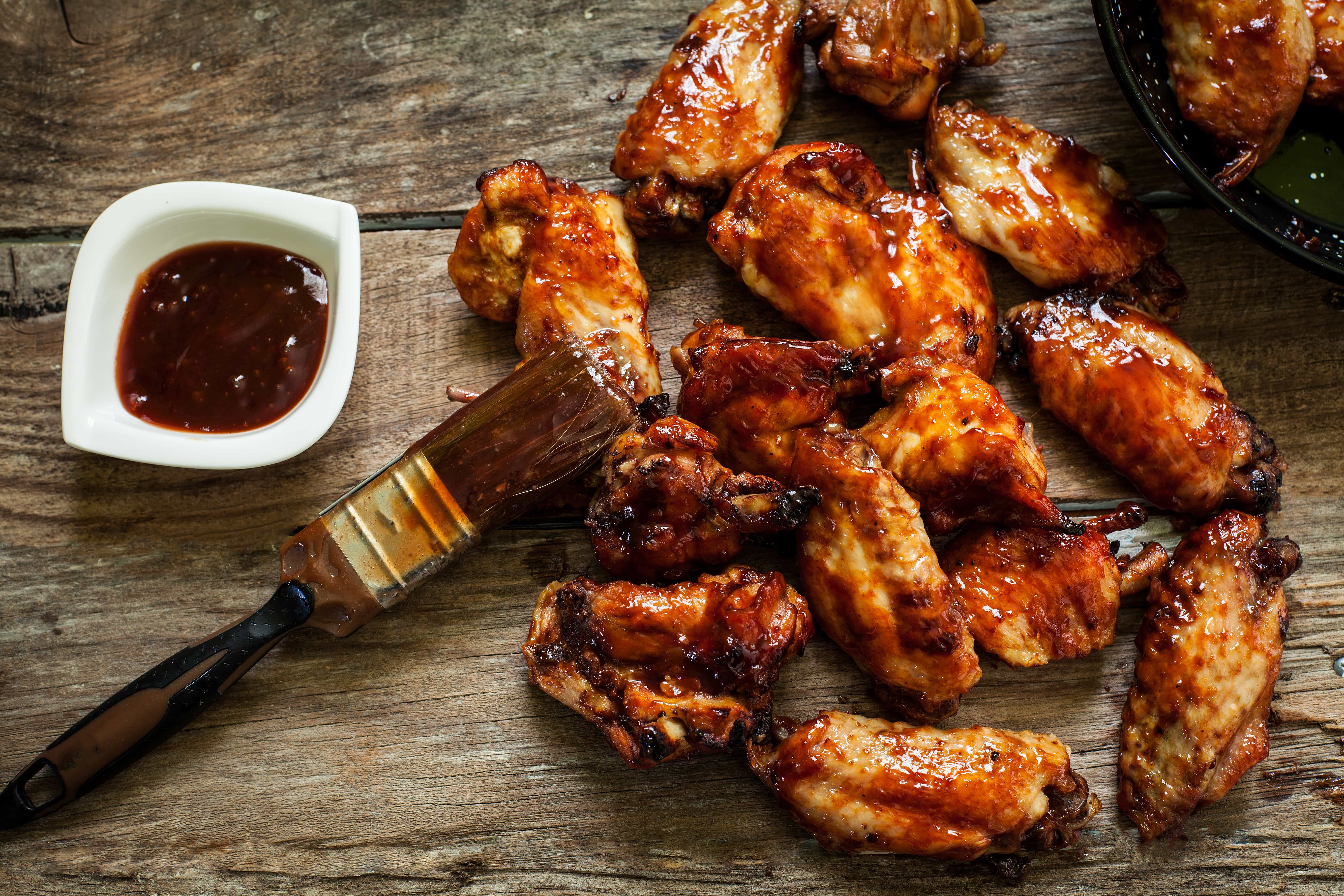