Hamburgers are one of the most popular items cooked on grills and there’s good reason… they’re awesome! This venison and bacon burger recipe will blow you away!

The great thing is that burgers have evolved far beyond the traditional ground beef versions. Today you can find recipes for turkey, seafood, and even veggie burgers. But if you’re a hunter, or know an avid hunter, then chances are you’ve tasted a venison burger!

Venison burgers are made from ground venison, aka – deer meat, and can be packed with flavor while not being overwhelmed with the “game” flavor associated with grilling wild game. Now, add in an additional level of flavor with some ground bacon tossed in. Talk about a tasty combination!

Over the last several years state and local legislators have struggled with managing the number of deer in local populations. There seems to be a couple of factors for many regions seeing an increase in the number of deer roaming around neighborhoods.

One, deer reproduce – that’s a given. But it might not be that adult deer are suddenly feeling more amorous than in years past. The rising number of walking venison burgers may be due to the fact that there are fewer people that consider themselves avid hunters. According to stats from the Vermont Department of Fish and Wildlife, the number of issued hunting licenses has steadily decreased over the years.

In 1968 the number issued was at an all-time peak of 140,000 with the number dropping to just over 68,000 in 2018. Regardless, deer hunting still remains popular in the United States which means there are plenty of fantastic recipes available for venison – including a grilled Venison and Bacon Burger!

You may think that your grandmother invented bacon… that is if you base this discussion on my grandparents. Our family loves bacon! In fact, we can thank China for the birth of what we now know as bacon. The tasty slice of pork dates back thousands of years to 1500 B.C. as some smart Chinese folk figured out how to cure pork bellies with salt.

The method of preparing pork spread to Europe and Spain and eventually to the United States thanks to early explorers. By the time New York city was starting to grow, the number of roaming pigs increased so high that they were overtaking crops and causing damage to property. So, a wall was built to keep the pigs under control… then came a road next to the wall… and now it’s called Wall Street.

Full credit goes to my friend Rob for this recipe. Rob is a hunter as well as a dedicated grilling guru when it comes to college football. He gave me his basic recipe which I tweaked with a few minor changes. Rob suggests you make the burgers, chill to set the shape, and then place on the grill.

READ NEXT
How Much Meat Should You Serve Per Person

Mix the venison and ground bacon with the egg and remaining ingredients except for the barbecue sauce. Form into equal sized burgers that are about 1 inch thick. Put a small dent in the top of each burger with your thumb or the back of a spoon. This will help the burgers keep their shape instead of turning into meatballs! 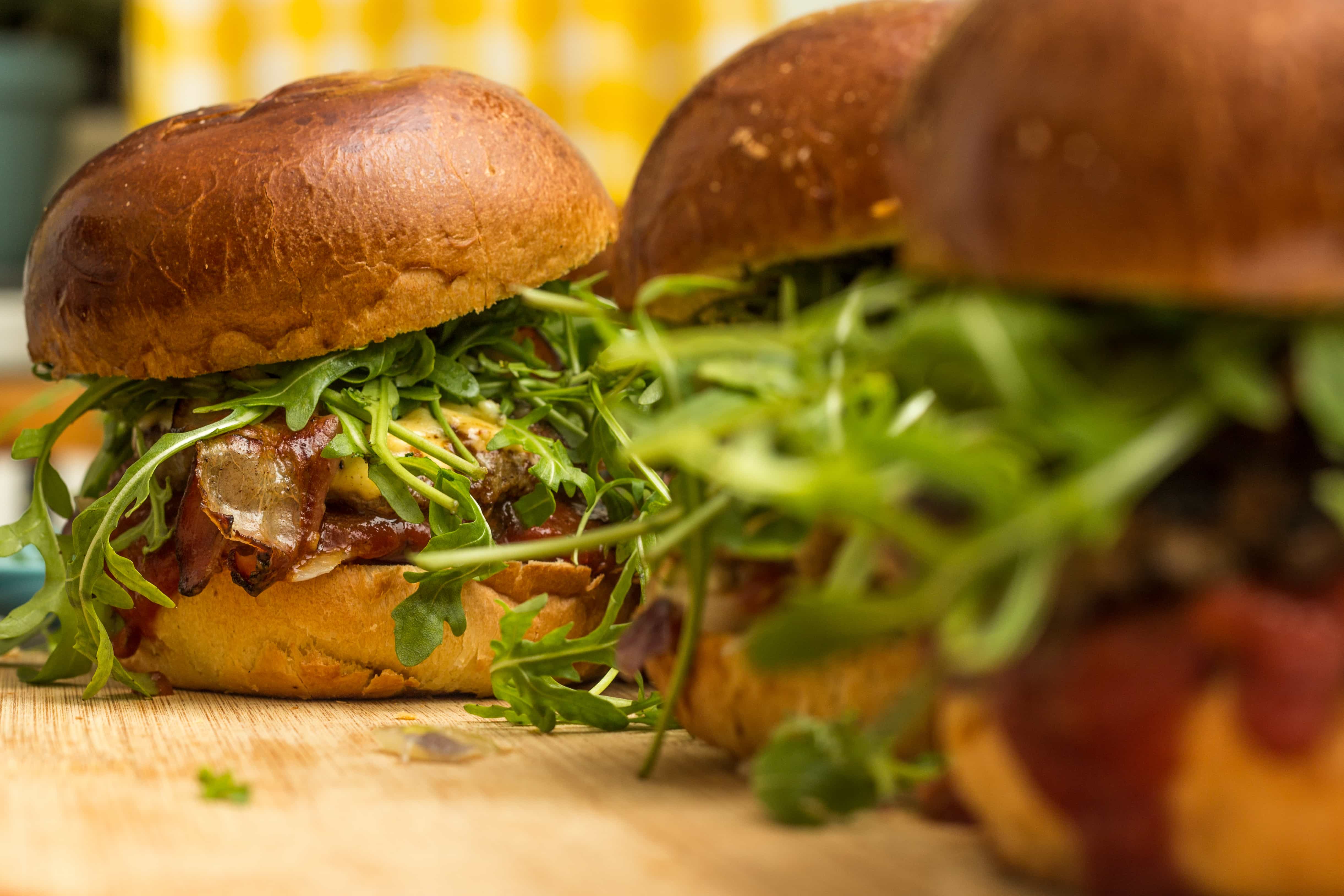