The state of Tennessee is known for several things including country music and Nashville, blues music and Memphis, bluegrass music in Knoxville, and Jack Daniels! It makes sense. Musicians from all genres seem to have had a connection to the famed alcoholic beverage.

Legendary crooner and leader of the Rat Pack, Frank Sinatra helped bring the brand to the mainstream by sipping from a glass during concerts. Classic Southern rock bands featured the iconic bottle on advertisements and album covers. It only makes sense that somebody would eventually start cooking with Jack Daniels.

Leave it to barbecue and grilling fans to come up with a proper way to bring Jack Daniels into the food world in proper fashion. But, before I offer up my simple recipe for a tasty barbecue sauce that includes the famous whiskey from the state of Tennessee, it’s worth pointing out a few foodie facts.

Trust me, Jack Daniels was a real person. I live a short drive from Lynchburg, Tennessee which is the home of the Jack Daniels Distillery, and have taken the tour several times. Mr. Daniels perfected his method of distilling whiskey using a method called “the Lincoln County” process. This method includes charcoal filtering which is now mandated by the state of Tennessee if you want to add the term “Tennessee Whiskey” to your whiskey’s label. There are only about seven distilleries that can legally sell whiskey termed “Tennessee Whiskey” on their products.

What’s strange about this is that the borders for Lincoln County Tennessee have since been redrawn, decades and decades ago, and the Jack Daniels Distillery is no longer located in Lincoln County. After the county lines were changed, the facility ended up being in Moore County… which is dry county… meaning whiskey can’t be sold there.

But tourism is an amazing thing. Visitors to the area bring in a bunch of money and often ask where they can purchase some of the famous charcoal filtered whiskey. Today, consumers can buy Jack Daniels in the “dry” county if purchased from official Jack Daniels gift shops.

Mr. Daniels passed away in 1911. The story goes that he developed blood poisoning after kicking a safe in his office. Apparently, he forgot the combination, became frustrated, kicked the safe and injured one of his toes. His toe became infected and he died a few weeks later. Mr. Daniels has long since passed – but people are still figuring out ways to cook with his whiskey!

This barbecue sauce is perfect for Steaks, beef, ribs as well as BBQ sandwiched. It’s your choice!

Directions: In a medium saucepan, combine ingredients and simmer for 20 minutes. If desired, you can sauté the onions and garlic in some butter. Allow to cool slightly and then puree in food processor or blender to your desired consistency or use as is – your choice. A nice tip is to try and refrigerate for at least a day in order to allow the flavors to blend. Oh, and you can substitute a bourbon from Kentucky if you need to.

From – Kent’s cookbooks including the Tennessee Hometown Cookbook and thedeckchef.com. We love sharing our recipes s be sure to check things out! 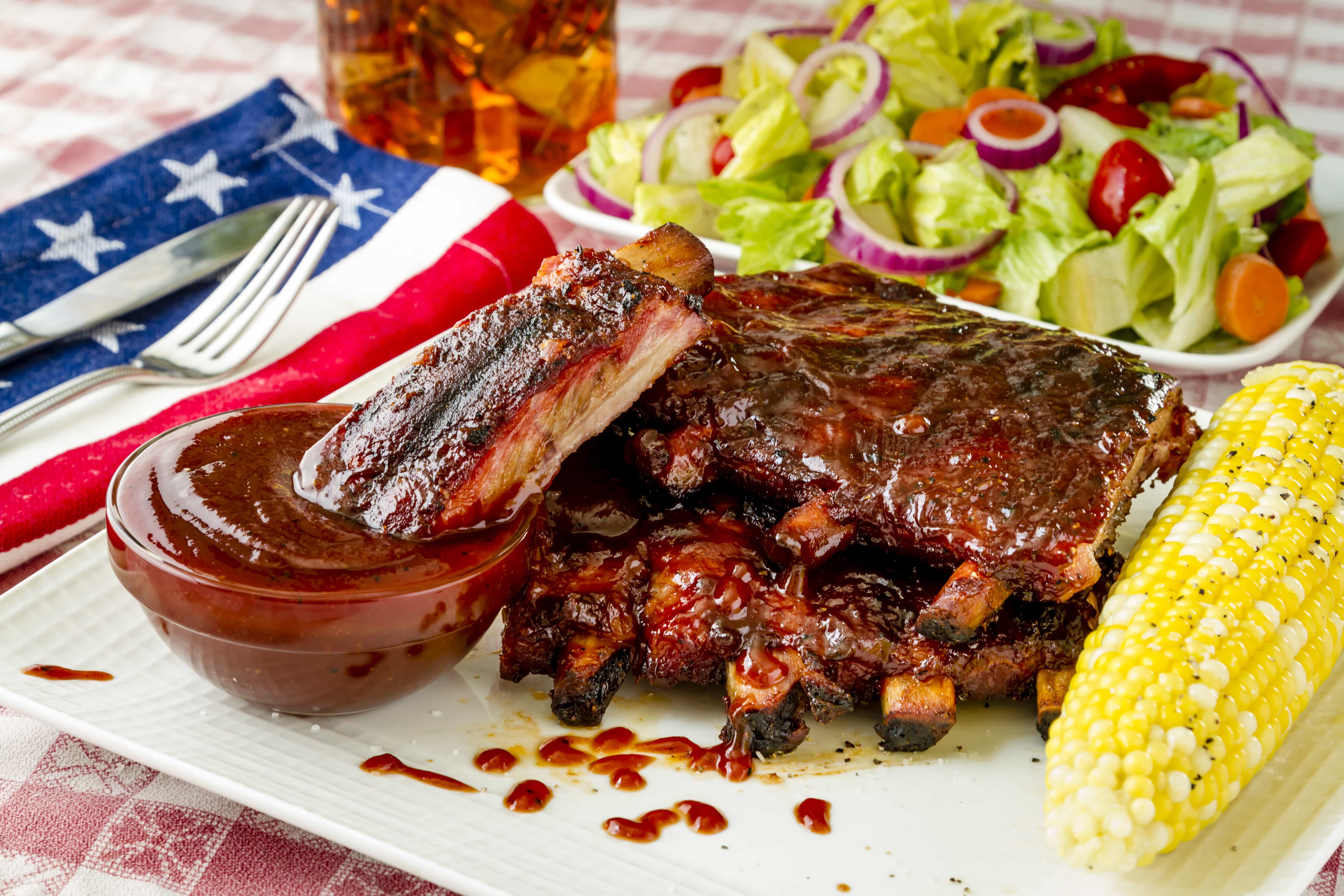 How to Make BBQ Jackfruit For a Vegan Barbecue