A barbecue festival is what dreams are made of. Check out this guide to learn about the best BBQ festivals in the world.

Barbecue has been an integral part of American culture ever since 1733.

However, good ol’ BBQ has existed throughout history. Accounts of BBQ munching has been reported throughout other countries and regions such as the Caribbean and even dates back to the Stonehenge construction.

What does this mean? No matter where you are in the world, there’s a BBQ festival somewhere.

BBQ festivals are the epitome of awesome. You can spend the whole day chowing down on some finger-licking BBQ.

Are you ready to travel in the name of barbecue? If you’re looking for a new barbecue festival, here are the best the world has to offer.

Red, White, and Brews is the true American celebration. Located in Santa Clara, California, this festival combines the best of BBQ, beer, and everything else that’s fun.

Along with the best BBQ and locally-sourced beer, the festival offers many activities for the whole family. This includes an amusement park, live music, and even a fireworks show.

But the 21 and up crowd have more fun opportunities. Hop on a beer bike and take a tour of the Hometown Square while sipping some craft beer.

READ NEXT
Everything You Need To Know About The Smoker Oven

Red, White, and Brews is held at the Hometown Square during the weekends of mid- and late-June.

There is no barbecue competition more prestigious than Memphis’ World Championship Barbecue Cooking Contest. This is a four-day competition held at Tom Lee Park.

You can gaze at the Mississippi River and watch the competition unfold.

Colorado’s BBQ Challenge is the oldest BBQ cook-off in the state. The best BBQ chefs throughout Colorado gather at Frisco to cook the best BBQ for all attendees. The event takes place at Frisco’s Main Street.

Admission to the event is free and occurs during Father’s Day weekend. The event raises more than $50,000 annually and the proceeds go toward a variety of nonprofits.

It’s a hootenanny! Brew & BBQ at Cedar Point combines the best open-flame BBQ with family-friendly fun. This festival has only been occurring for a few years but that means it only gets more innovative each year.

READ NEXT
The Best Korean BBQ Restaurants in Hawaii

For example, in 2018, the festival unveiled its own custom beer.

In addition, the festival offers 100 craft beers from around the country. Of course, they offer the best barbecue in the Midwest! The festival boasts four types of barbecue to make sure you get your fix.

The festival runs throughout the month of June. Ticket prices vary, depending on how many days you attend and if you’re purchasing special events. These prices range between $25 and $92.

If you’re based in Iowa, you’ll be crazy to not attend the Cedar Rapids BBQ Roundup!

This event brings together the best BBQ chefs from around the country to compete in various categories. These categories include Best Pork BBQ, Best BBQ Ribs, and even a People’s Choice.

The east coast has some serious BBQ events, too! Flights & Bites is in Charlotte, NC. And for anyone who knows craft beer, you’ll know North Carolina is the place to go for beer.

This festival offers more than just a BBQ and beer frenzy.

You’ll try the best local beers that are paired with Carowinds’ barbecue samples. The whole event is hosted by a Sycamore Brewing brewmaster, so you know you’ll also receive some beer education.

READ NEXT
This is The History Of Barbecue

This event occurs on one day, usually in June.

If you’re based in the Lake Placid, New York, area, there’s no better way to celebrate the Fourth of July than by eating up some tasty barbecue!

This festival occurs the week of the Fourth of July.

What American barbecue matters more than the barbecue battle hosted at our nation’s capital? No other battle, right?

If you want to celebrate the U.S. while eating some expertly-made barbecue, there’s no other place to attend than the Giant National Capital Barbecue Battle.

Because nothing tastes more American than sweet, smoked, spicy, and hickory barbecue!

This event has been occurring for over 25 years and attracts tens of thousands of people. In addition to getting some incredible barbecue, you can watch bands perform and look upon the historic sites of our nation’s capital.

This event also celebrates the beginning of summer and occurs near the end of June.

Chicago is famous for its deep-dish pizza. But during the Windy City Smokeout, they’re known for the barbecue!

This event attracts the best BBQers from around the country. Some past attendees include Pappy’s Smokehouse from St. Louis and The Salt Lick from Texas.

And if you’re a fan of country music, then you’re in for a treat. This festival features performances from award-winning and famous country music stars. Past headliners include Old Dominion, Chris Young, and Cole Swindell.

What’s the best thing to pair with your barbecue? Balloons aren’t the first thing that comes to mind. But Wausau’s Balloon and Rib Fest make these two unexpected companions work in perfect harmony.

The best BBQers in Wisconsin gather for an event your kids won’t get enough of! There are bounce houses and even a hot air balloon. Your kids will also love kite flying, a petting zoo, and even the largest fireworks show in the area.

The event is held of Harpoon Riverbend Taps & Beer Garden. You can drink Harpoon Brewery’s amazing brews while eating barbecue from the best chefs in New England.

This festival also offers a benefit for the competitors. The Grand Champion is able to compete in Jack Daniel’s Invitational Barbecue!

Not to be confused with the Brew & BBQ in Ohio, Canada is starting to offer some serious barbecue festivals with their own Brew & BBQ Festival. This Ontario festival combines the best of local breweries and cideries as well as BBQ from chef Dilup Attygalla.

The event takes place at Canada’s Wonderland, which is one of Canada’s most famous amusement parks.

Pigs & Peaches Festival is proof that a small gathering can turn into a huge occasion!

This festival originally started as a small blues concert and amateur grillers would come in and BBQ for the crowd. Today, Pigs & Peaches is a two-day festival and a BBQ competition.

You can watch some of the best bands, eat world-class BBQ, and engage in other family-friend activities.

Pigs & Peaches BBQ Festival is held in Kennesaw, GA and occurs during the end of August.

What pairs the best with BBQ? Good music, of course! That’s what BBQ Music Fest in Fountain Valley, CA offers. You can eat all types of barbecue with various bands and plenty of live music for the music lover.

There’s not one type of barbecue you can’t find at this festival! Whether you want to indulge in ribs, pulled pork sandwiches, or barbecue chicken, you can find it all here.

All food is cooked fresh; the whole festival is filled with the aroma of wood and smoked meat.

As well as music and food, the festival also offers a plethora of other activities. This includes a reptile exhibit, karaoke, and even magicians.

The savory and smokey barbecue flavors finally made its way across the pond!

London offers Meatopia, a festival dedicated to cooking only ethically sourced meat and features world-famous chefs. The event was founded in the U.S. by Josh Ozersky and it was brought to the U.K. by chef Richard H Turner.

Get Your BBQ Fix at a Barbecue Festival!

No matter where you’re at in the world, there’s a barbecue festival near you! But only a select few should be considered the best in the world. From America’s west coast to London, all barbecue lovers should experience these festivals!

Want to try your stab at making some expert BBQ and attempt to compete at these festivals? Here are some BBQ recipes you can try perfecting! 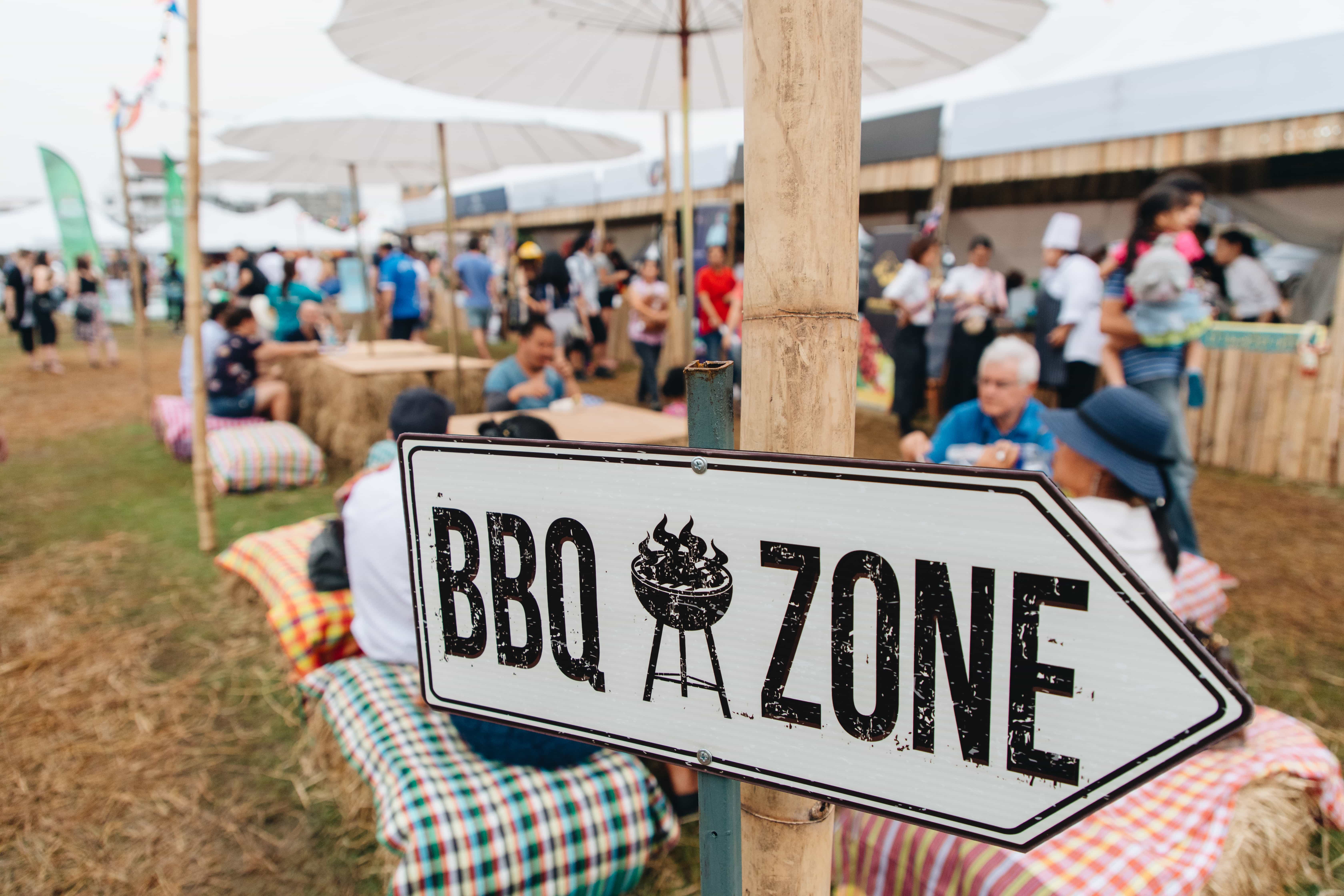 How to Keep Your Eyebrows: 8 BBQ Grilling Safety Tips

The Ultimate Guide to Gas Grills

The Ultimate Guide to Charcoal Grills